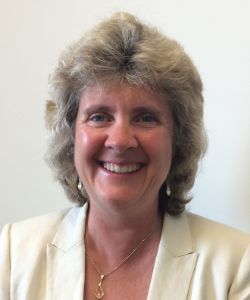 Roderike Pohl has over 18 years of experience in leadership positions directing pharmaceutical and preclinical research.  She has participated in many aspects of drug development including formulation design, intellectual property, toxicology, regulatory, manufacturing and early stage clinical trials.  In addition, she has patented several formulation and device ideas, one of which resulted in an ANDA.  Her continuing education has led to an interest in natural products, nutraceuticals and nutrition.

Roderike’s expertise in the field of pulmonary drug delivery began with her graduate thesis which led to her to become a project leader for multiple formulations intended for inhalation using Technosphere™ technology. One of which became Afrezza®, an FDA approved inhalable insulin.  During this time, a novel dry power inhaler was co-developed to optimize powder delivery to the deep lung.

At Biodel, Roderike was focused on writing intellectual property and directing research on formulation development in the field of diabetes.  She and her colleagues pursued accelerating the absorption rate of insulin to create the first “ultra rapid” insulin formulation.  Fast absorbing sublingual formulations were also investigated along with combining different forms of insulin to create a novel basal and prandial/basal insulins.   Other unique programs included a U-400 fast acting insulin and a “smart” glucose dependent insulin.  In addition, a stabilized liquid glucagon was studied for use in an artificial pancreas (bi-hormonal pump) and a rescue product. Over the years she has accumulated 15 US patents including many international filings for both formulations and devices. Her IP background includes international patent defense and has experience as an expert witness in the field of insulin formulations.

Working for small companies, Roderike has acquired product development experience beginning with an idea and working it through an NDA.  She has supported patents, provided proof of concept in animals and humans, been part of manufacturing, scale up and troubleshooting, GLP compliance procedures, and business grant applications. She contributed to IND and ANDA filings in the areas of clinical, nonclinical and toxicology.  In addition, she has been recently focused on medicinal qualities of plants and has been compounding a new line of natural products.