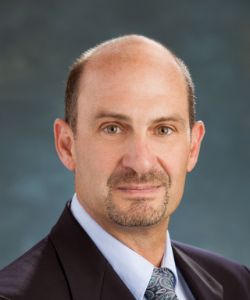 Mark W. Eshoo, Ph.D., MWE Lifesciences LLC. Dr. Eshoo has over twenty years of research experience in the field of diagnostic assay and platform development. Dr. Eshoo was founding faculty member and the Director of Genomics at the Buck Institute for Age Research, where he was involved in all aspects of establishing the institute from the ground up and developed a number of gene expression technologies.

Dr. Eshoo is also the founder of BlueArc Biosciences which is focused on developing novel biosensing technology for next generation low-cost diagnostics. Previously, Dr. Eshoo served as the Director of New Technology Development at Abbott Laboratories where he developed protocols for the direct detection of pathogens from the blood of patients suspected of sepsis. Dr. Eshoo also led the development of a broad-range PCR influenza assay that detects each segment of the virus genome from all types and subtypes. This work led to an FDA approved PCR mass spectrometry based diagnostic for influenza that was used to first identify the pandemic H1N1 flu strain in 2009 at the Naval Health Research Center in San Diego.

While at Abbott, he led several projects based upon the measurement of host immune response biomarkers to identify patients with early sepsis or to classify febrile patients to identify those with a virus or bacterial infection on a portable handheld instrument (DARPA). He led a USAID funded program to identify patients based upon expression of host response biomarkers with infection by emerging viruses like Zika. He also led a large DTRA funded program to develop a host response based wearable sensors based upon Abbott’s Freestyle Libre CGM technology for the early detection of sepsis and to detect infection prior to the onset of symptoms. In addition, he led the development of a wearable sensor that could monitor for low-level exposures to chemical nerve agents. Recently Dr. Eshoo served as the VP of R&D for Inflammatix, a host response based diagnostic company in Burlingame, CA where he led a recently funded BARDA proposal worth $10M+/yr.

Dr. Eshoo has authored 60 scientific publications and has 43 issued patents in the US and numerous pending applications. Dr. Eshoo has served as a scientific expert for the FBI on the analysis of trace and degraded DNA, and microbial forensics. He has served on several DoD advisory committees and as a reviewer for both US and international government scientific funding agencies. Dr. Eshoo is a well- recognized leader in the Lyme disease field. He has been an invited speaker at numerous government meetings and workshops and has testified at the US Congress on the need for better diagnostics for Lyme disease. He is the 2013 recipient of the Lauren F. Brooks Hope Award, honoring those who are making strides in research and treatment in the pursuit of a Lyme disease cure. His contributions have also been recognized by congressmen Christopher H. Smith (NJ) and Senator Richard Blumenthal (CT). In 2016, Dr. Eshoo received Abbott’s Donalee Tabern outstanding researcher award, Abbott’s highest award given in recognition of the recipient’s contributions to their scientific fields, as well as to the success of Abbott.

While at Abbott, Dr. Eshoo worked closely with the in-house legal team in support of a wide range of IP issues and has served as an expert witness on cases relating to PCR and diagnostics.