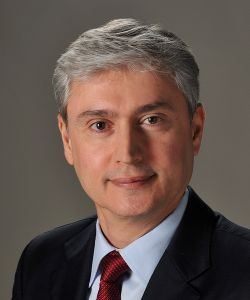 Dimitri has over 30 years of experience in OpEx, IT and business operations, visioning, planning, and leading implementation of large digital transformation and turnaround initiatives. He served in C-level roles in a number industries including: Life Sciences, Health Care, Insurance, Energy, IT Services, Manufacturing and Real Estate/Property Development. Most recently he was the VP of Operational Excellence at GlobeMed Group serving the top 200 global insurance companies and operating in more than 12 countries in the Middle East and Africa. Previously he was the Chief Information Officer for FieldCore, a General Electric Company with operations in more than 100 countries. Dimitri served six years in the GCC; as the Group VP/CIO at Arkan, a subsidiary of $8 billion Senaat company and the industrial arm of the Abu Dhabi government and as the Head of IT at Masdar City, a $22 billion global initiative to build the world’s first carbon-neutral, zero-waste city fully powered by renewable energy.

A dynamic business innovator, Dimitri is the sole inventor on several patents in the technolog SaaS space and is certified in ITIL® Service Management Foundation. He holds a Masters in Electrical & Computer Engineering from George Mason University, served as an independent judge for SAP for 2 years and is the winner of the 2011 Gold and Bronze SAP ERP Awards.