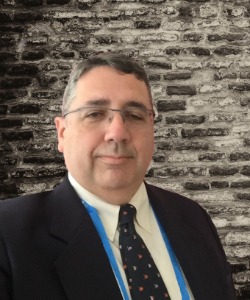 Dr. Bashaw retired from the US Food and Drug Administration in July 2021 following a career at the FDA totaling almost 34yrs. He joined the FDA in August 1987 in the then Division of Biopharmaceutics in the pulmonary and over-the-counter drug review area. Thirty of those years were as a member of the US Public Health Service Commissioned Corps where he rose from being a primary reviewer to the position of a Division Director in the Office of Clinical Pharmacology. Upon reaching mandatory retirement from the USPHS-CC in 2017, Dr. Bashaw returned to the FDA and became a Senior Science Advisor in the Office of Clinical Pharmacology Immediate Office. During this time, he led the Office of Clinical Pharmacology policy work in the area of over-the-counter drugs, sunscreen absorption and most recently the contamination issues associated with topical antiseptics.

Throughout his career he has been an advocate for the application of Clinical Pharmacology to solving drug development problems and has either proposed or led such initiatives as the use of naltrexone blockade in opioid drug development, the effect of external heat on topical products, and the use partial AUC in the assessment of orally administered topical drugs (mesalamine). During the tenure of Dr. David Kessler, Dr. Bashaw was the designated Clinical Pharmacology representative on his nicotine/smoking task force and contributed to both the final report and legislative background package. He is most recently known for his development and implementation of the Maximal Usage Trial paradigm for topically applied products which was translated into an FDA Guidance document with him as the lead author and has been a major element in the evaluation of topical drug absorption.

While a Division Director for the Division of Clinical Pharmacology-3, he grew the Division from 14 to 29 staff members and stood up the first dedicated Clinical Pharmacology Biologics Review team in the Office of Clinical Pharmacology. As Division Director, he oversaw the review of drug products in the areas of: dental, dermatology, gastro-intestinal, inborn errors of metabolism, reproductive, and urologic therapy. As Director he was responsible for the hiring, training, and maintenance of review standards across the Division. He was a member of many internal and external working groups including IVPT/IVRT, nanotechnology, and 505(b)(2) standards. He was an invited speaker at multiple FDA Advisory Committee meetings as a subject matter expert and has represented the FDA on both the national and international level.

As noted above Dr. Bashaw brings to Kinexum a broad background in the area of Clinical Pharmacology and regulatory development. He has a broad background of expertise and has dealt with issues at the highest levels of the FDA and directly contributed to the formulation and implementation of FDA guidance and policy in a number of areas.

Dr. Bashaw received a combined BSPharm and PharmD from the University of Kentucky College of Pharmacy. During his undergraduate studies, he was selected as a National Pharmaceutical Council Intern and spent time working a McNeil Pharmaceutical, providing an early exposure to the pharmaceutical industry. Upon graduation, he completed a pharmacy residency at the National Institutes of Health Clinical Center Pharmacy where he was thoroughly exposed to the running of clinical trials from the formulation of products to the final evaluation of data. While a PHS Officer, Dr. Bashaw received a number of awards including the Meritorious Service Medal for his service to the FDA and the nation.