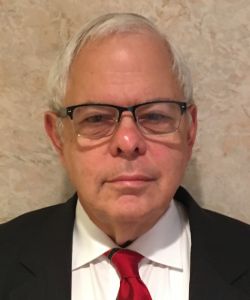 Alan Fisher has over 40 years of experience as a Biostatistician focusing primarily on the development and submission of new drugs and biologics. He has presented and defended the study designs and clinical results of these products to regulatory authorities in the United States, Europe and Canada. He has also served as an expert witness for legal depositions, participated in due diligence evaluations, analyzed outcomes research (real world evidence) data, and has been a member of several Data Monitoring Committees.

Alan has statistical expertise in the areas of categorical data, analysis of variance and survival analysis. In addition, he has been involved in many successful NDA and BLA submissions to the FDA and is familiar with the current CDISC requirements. He is also knowledgeable with adaptive designs and sequential analysis.

Alan began his career as a biostatistician at Sandoz with a primary focus on the development and submission of pindolol (Visken®) for the treatment of angina, hypertension and arrhythmia and temazepam (Restoril®). He then joined Hoechst-Roussel and was lead statistician for cefotaxime (Claforan®), a cephalosporin antibiotic, and pentoxifylline (Trental®), a hemorheologic  agent for intermittent claudication. He then joined Knoll Pharmaceuticals and led the statistical analyses and subsequent submission of propafenone (Rhythmol®), an anti-arrhythmic drug.

With the opportunity to take on an increase in level of responsibility, Alan then joined Enzon as Director of Biostatistics and was responsible for the biostatistics, statistical programming and data managements functions. Under his direction, peg-l-asparaginase (Oncaspar®), for acute lymphoblastic leukemia, and pegadenase (Adagen®), for SCID, were approved by the FDA.

Alan then joined Johnson & Johnson as the Director of Biostatistics at their Immunobiology Research Institute to work on thymopentin for reduction in the risk of progression to AIDS in HIV+ subjects. He then joined the J&J Pharmaceutical Research Institute as a Director of Biostatistics and was also the Clinical Development Team Leader for Women’s Health Products.  In this capacity he led a successful submission of Ortho Tricycle Lo®, an oral contraceptive, and the successful simultaneous submission to the FDA and the EU of Ortho EVRA®, a transdermal contraceptive. Alan then became Director of Biostatistics for Medical Affairs at Ortho-McNeil and was involved in the analysis of Phase IV studies, line extension submissions and outcomes research (real world evidence) studies.

In 2010, Alan started consulting for both biopharmaceutical companies and non-profit organizations. This included the role of sole statistician for the successful submission of two products sponsored by BARDA (Biomedical Advanced Research and Development Authority), obiltoximab (Anthim®) for anthrax and tecovirimat (Tpoxx®) for smallpox. Alan also provided statistical consultation for two contraceptives developed by the Population Council. In this capacity he met with the Indian Council for Medical Research to defend the study design for one of their products.

Alan received his BS from Cornell University with a major in Biometry, his MS in Statistics from North Carolina State University, and a DrPH with a concentration in Biostatistics and Epidemiology from the Columbia University School of Public Health.